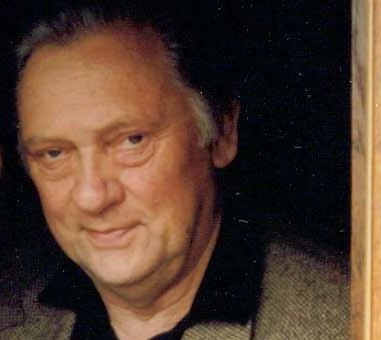 All at Samling were deeply saddened to hear of Richard’s death in November 2014. He will be greatly missed by us all and our thoughts are with Barbara, his family and friends…

Richard began his career in 1943 as student-apprentice Stage Manager at the old ‘Q’ Theatre, London.

After his War Service and two years at The Central School of Speech and Drama where he won the Gold Medal, he joined The Old Vic Company from 1950-1952; 1952-1955 at Sir Barry Jackson’s Birmingham Rep; Royal Court 1956-58, where work included Look Back in Anger and The Entertainer (He made his first Broadway appearance in the latter in 1958) West End includes Hamlet (Brook.Schofield – also Moscow 1955), Teresa of Avila, The Lady from the Sea, Look Homeward Angel, The Private Ear and the Public Eye, Ivanov, An Inspector Calls (transferred form The Royal National Theatre), The Italian Girl, Man and Superman, At Bristol Old Vic and touring Europe, Scandinavia, Israel, Canada, USA from 1064-67, with title roles included Henry V, Hamlet, Peer Gynt Love’s Labour’s Lost and Measure for Measure.

RSC 1969-74: includes the Winter’s Tale, Women Beware Women, Two Gentlemen of Verona, Henry VIII, Twelfth Night, Richard II (alternating Richard and Bollingbroke), Much Ado About Nothing, Duchess of Malfi, The Lower Depths, Murder in the Cathedral, As you Like It (Jaques), Major Barbara, The Marrying of Ann Leete 1979-82 Timon of Athens, Richard III, The Forest and La Ronde 2000 The Seagull.

Television: The Absence of War, Sorrel and Son, Drummonds, The Man from the Pru, Hannay, Inspector Morse, Bramwell, Kavanagh QC, Dance to the Music of Time and most recently Hetty Wainthropp Investigates.

Film: Room at the Top, Yesterday’s Enemy, Hot Enough for June, The Gorgon, Rasputin, A Watcher in the Woods, Arch of Triumph, Wagner, Lady Jane and Mrs Brown with Judi Dench and Billy Connolly.

Frequently appeared at major arts festivals (often with his wife Barbara Leigh-Hunt) in anthology programmes; accompanied the late Princess Grace of Monaco at recitals in Edinburgh, Aldeburgh and US tour. Recordings include complete sonnets of Shakespeare and a selection from The Psalms (with Sir John Geilgud) and also with Sir John (1991) The Pilgrim’s Progress, A Bunyan Sequence.

Worked with the Medici Quartet in programmes about Janáček and Elgar, and he was a regular broadcaster in Radio Drama. Was an Honorary Associate Artist of the RSC and received the CBE in 1977.