Samling Academy Singers give concert for HRH The Duke of Gloucester 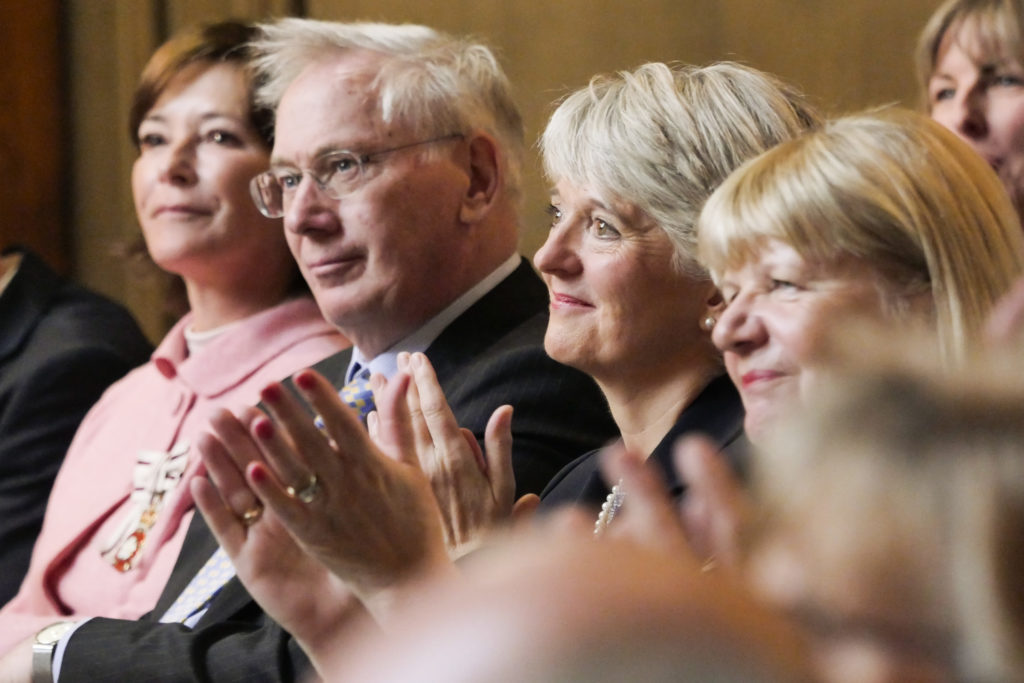 Five singers from Samling Academy gave a special private concert at Matfen Hall Hotel as part of HRH The Duke of Gloucester’s visit to Northumberland.

The concert on Tuesday 17th October was also attended by the Lord-Lieutenant of Northumberland, Duchess of Northumberland; Matfen Estates owner Sir Hugh and Lady Blackett; and Samling Trustees and supporters, including Lyn Shears of The Shears Foundation.

The concert featured sopranos Ana Fernández Guerra and Zoë Jackson, mezzo-soprano Rachel Bird, baritone Benjamin Laxton and bass-baritone Patrick Owston performing works from the operatic and song repertoire. They were accompanied by award-winning pianist and Samling Artist Ian Tindale, one of the country’s most promising young accompanists, in a programme which featured solos and ensembles by composers including Mozart, Fauré, Britten, Brahms, Parry, Ravel, Delibes and Finzi.

‘We are honoured to have been asked to perform for HRH The Duke of Gloucester on his visit to Northumberland in Samling’s 21st anniversary year’, said Samling’s Founding Artistic and Executive Director Karon Wright. ‘It was wonderful for our Samling Academy Singers to receive such a supportive and warm welcome at Matfen Hall, and I’m delighted that we were given the opportunity to further showcase some of the incredible young classical singers we are supporting through Samling Academy here in the North East.’

Earlier in the day, Sir Hugh Blackett welcomed HRH The Duke of Gloucester at Matfen Estates on a tour of his new development project at Standing Stone Farm. ‘I am delighted that we were able to hear these wonderful young artists from Samling Academy’, Sir Hugh said. ‘We have tremendous talent here in the North East and this was a perfect opportunity to share some of the region’s very best.’

Photos from the event can be found here.