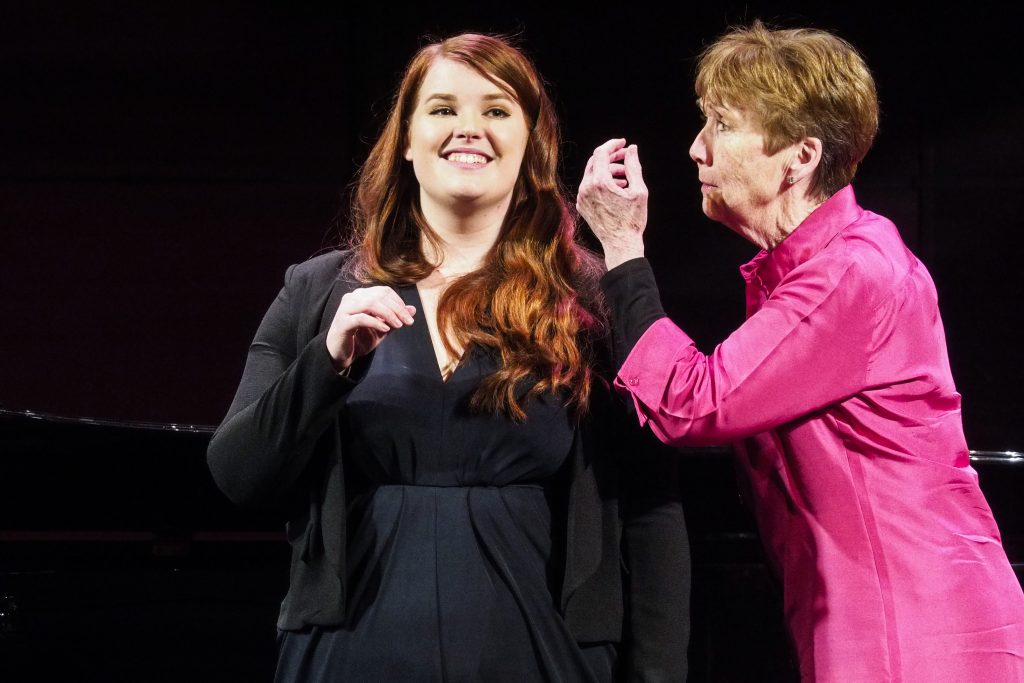 Ann Murray was born in Dublin. She has close links with both the English National Opera, for whom she has sung the title roles in Handel’s Xerxes and Ariodante and Donizetti’s Maria Stuarda, and with the Royal Opera House, Covent Garden, where her roles have included Cherubino, Dorabella, Donna Elvira, Rosina, Octavian, new productions of L’Enfant et les Sortilèges, Ariadne auf Naxos, Idomeneo, Mitridate, Re di Ponto, Cosi fan Tutte, Mosé in Egitto, Alcina and  Giulio Cesare.

In concert she has appeared with the world’s great orchestras and her recital appearances have taken her to Paris, Brussels, Amsterdam, Geneva, Dresden, Zurich, Frankfurt, Madrid, London, Dublin, the Aldeburgh, Edinburgh, Munich and Salzburg Festivals and both the Konzerthaus and Musikverein in Vienna. Her discography reflects not only her broad concert and recital repertoire but also many of her great operatic roles.

In 1997 Ann Murray was made an Honorary Doctor of Music by the National University of Ireland, in 1998 she was made a Kammersängerin of the Bavarian State Opera and in 1999 an Honorary Fellow of the Royal Academy of Music. In the 2002 Golden Jubilee Queen’s Birthday Honours she was appointed an honorary Dame Commander of the Most Excellent Order of the British Empire.  In 2004 she was awarded the Bavarian Order of Merit.