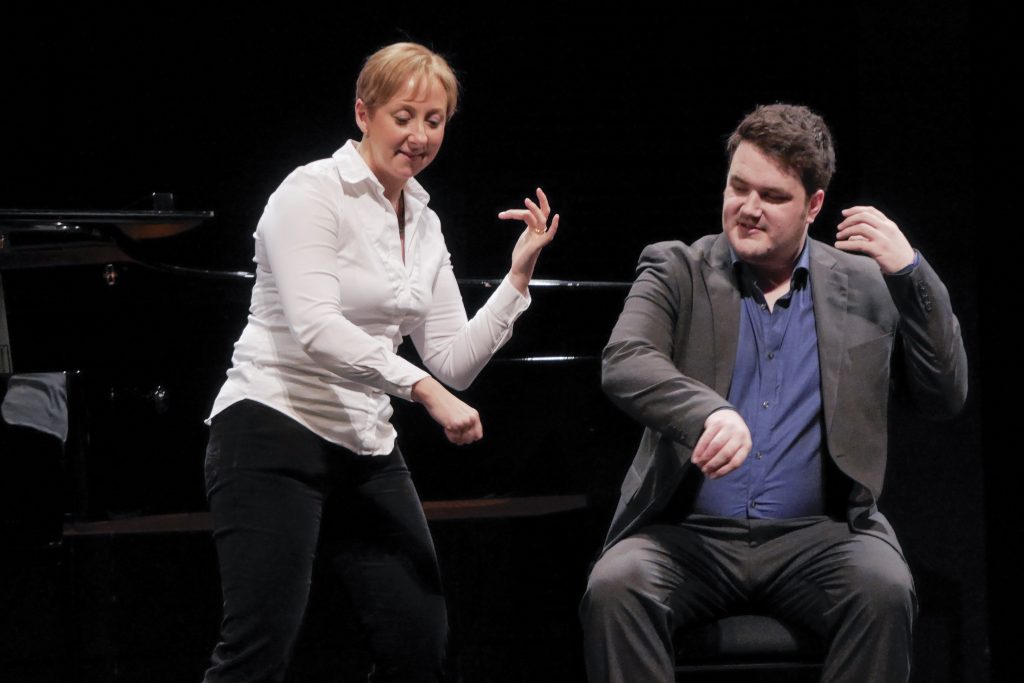 She completed further studies at the Banff Centre for the arts, in Canada, and at the Britten Pears School in Aldeburgh, where she became a staff accompanist and coach.

Audrey was the inaugural winner of the Sir Henry Richardson Award for accompanists and her career as an accompanist has seen her perform in Korea, South Africa, France, Italy, Spain, Hungary, Austria and Ireland, as well as Britain’s major concert venues. She has made numerous appearances for BBC Radio 3, as well as BBC Radio Ireland and  Radio France.

She is a founder member of the ensemble Songsmiths, in which she appears with, amongst others, Elizabeth Watts, Mary Bevan, Anna Huntley, Christopher Ainslie, Nicky Spence and Marcus Farnsworth.

Audrey is also in great demand as a vocal coach. She joined the staff of the Royal Academy of Music in 1999 and was awarded  an honorary ARAM in recognition of her outstanding work for the opera department there. She also coaches on the Jette Parker Young Artists Programme at Covent Garden and is a guest coach for the Accademia Solti.

Audrey has given mastercalsses in London, Denmark, Sweden, Italy, Canada and Korea. She has also conducted performances of La Cenerentola, The Magic Flute, Così fan tutte and Semele for The Jackdaws Music Education Trust. In September 2017 Audrey was delighted to return to the Royal College of Music, where she started her coaching career, to take up the position of Deputy Head of Vocal and Opera.