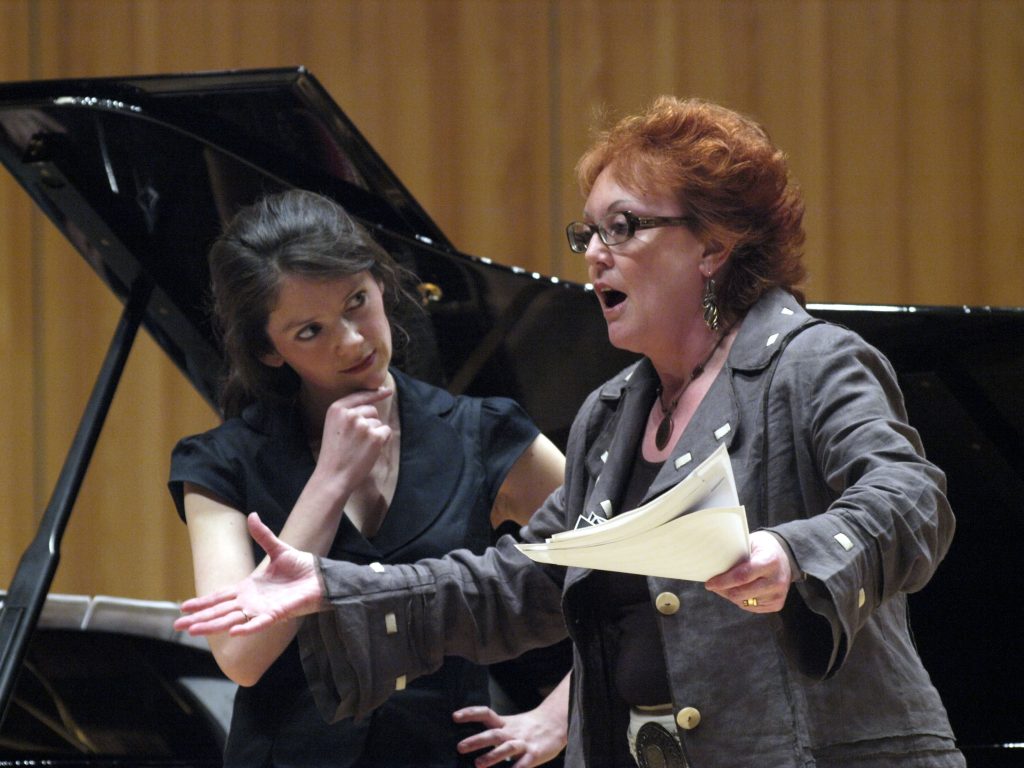 Della Jones, one of Great Britain’s leading mezzo-sopranos, was born in Neath and studied at the Royal College of Music where she won many prizes including the Kathleen Ferrier Memorial Scholarship. Della Jones has appeared with all the leading British opera companies and foreign engagements have included performances in the U.S.A., Russia, Japan, and Canada and throughout Europe in over 120 operatic roles.

Her concert appearances include engagements with leading orchestras all over the world. In 1993 she made an acclaimed appearance at the Last Night of the Proms, at the Royal Albert Hall and in 1997 took part in the Gala Concerts as part of the “Hand-over” Ceremony in Hong Kong. Della Jones broadcasts regularly on radio and television both in this country and abroad and has recorded prolifically with all the major record companies.