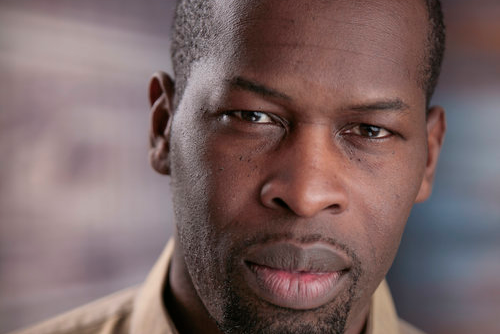 Hervé Goffings was born in Mali and grew up in the South of France. He studied classical singing at the Royal Northern College of Music and gained an MA in Musical Theatre (Performance) at the Royal Conservatoire of Scotland. He has appeared at the National Theatre, The Royal Lyceum Theatre, Royal Festival Hall, Queen Elizabeth Hall, the Arcola Theatre, the Old Red Lion Theatre, Tara Arts Theatre and the Cockpit Theatre. Highlights of his theatre roles include Ezekiel in Peter Brook’s play The Prisoner, Angelo in CONFINI (Teatro della Tosse), Caliban in Shakespeare’s La Tempête, Horse in The Full Monty, Poncho in Oscar Hammerstein’s musical Carmen Jones (performed with the London Philharmonic Orchestra), Hlabeni in Kurt Weill’s musical tragedy Lost in the Stars (broadcast on BBC Radio 3), Nat and Orville in Elegies for Angels, Punks & Raging Queens and Balthazar in Amahl and the Night Visitors. His screen work includes roles in Silent Witness (BBC) and Black Earth Rising (BBC and Netflix). The extraordinary tale of his adoption was made into a moving and powerful one-man show titled HERVÉ that was nominated for a Fringe First Award at the Edinburgh Fringe Festival in 2012.

Hervé is also a French language coach for the Jette Parker Young Artists Programme at the Royal Opera House and at the Royal Birmingham Conservatoire, and is a visiting tutor at the Guildhall School of Music and Drama, and the Royal Academy of Music.