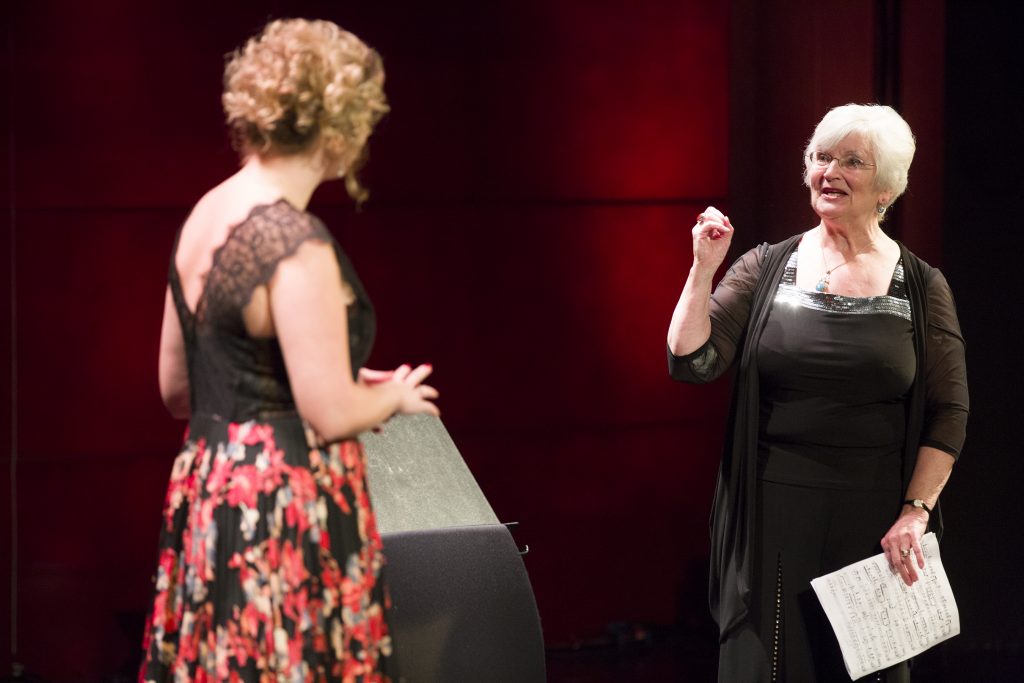 Patricia MacMahon has earned a reputation over many years as a singer, teacher and vocal coach. Throughout her singing career, Pat has specialised in concert, recital and oratorio work,  frequently recording for BBC. Her profession has taken her to Israel, Aix en Provence, Norway, St. Petersburg and Brussels. She has performed with the English Chamber Orchestra in the Queen Elizabeth Hall, the Barbican and St. John’s Smith Square in London. In Scotland she sang frequently with the BBC Scottish Symphony Orchestra and the Royal Scottish National Orchestra and appeared often at the Edinburgh International Festival.

Patricia taught singing at the Royal Scottish Academy of Music and Drama (now the Royal Conservatoire of Scotland) for nearly forty years. She received an Honorary Fellowship in 2000 and an Honorary Doctorate in 2013. Much sought after by students at home and abroad, Patricia has led many masterclasses as well as adjudicating and examining throughout the UK and as far afield as Hong Kong and Singapore. For Samling Institute she leads masterclasses on both the Samling Artist Programme and Samling Academy.