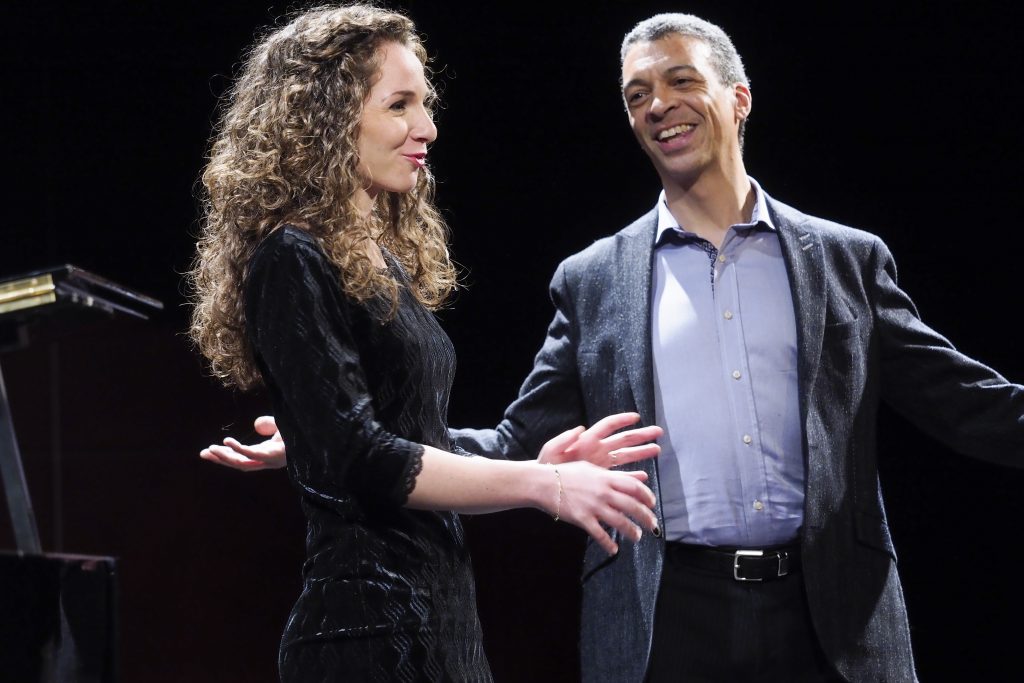 Roderick Williams encompasses a wide repertoire, from baroque to contemporary music, in the opera house, on the concert platform and is in demand as a recitalist worldwide. He enjoys relationships with all the major UK opera houses and has sung opera world premieres by David Sawer, Sally Beamish, Michael van der Aa, Robert Saxton and Alexander Knaifel. He sings regularly with all the major UK orchestras, as well as the Berliner Philharmoniker, Deutsches Symphonie-Orchester Berlin, Russian National Orchestra, L’Orchestre Philharmonique de Radio France, Ensemble Orchestral de Paris, Accademia Nazionale di Santa Cecilia Rome, Cincinnati Symphony, Music of the Baroque Chicago and Bach Collegium in Japan, among others.

His many festival appearances include the BBC Proms (including Last Night in 2014), Edinburgh, Cheltenham, Aldeburgh and Melbourne. Roderick Williams has an extensive discography, and is also an active composer, having had works premiered at the Wigmore and Barbican Halls, the Purcell Room and live on national radio. In December 2016 he won the prize for best choral composition at the British Composer Awards and in 2015 he started a three-year odyssey of the Schubert song cycles. He was Artistic Director of Leeds Lieder in April 2016 and won the RPS Singer of the Year Award in May 2016.

His numerous recordings include Vaughan Williams, Berkeley and Britten operas for Chandos, and an extensive repertoire of English song with pianist Iain Burnside for Naxos.  He is currently in the process of recording the three Schubert Cycles for Chandos as well as recordings of Stanford and Somervell for Somm.

He is also a composer and has had works premiered at the Wigmore and Barbican Halls, the Purcell Room and live on national radio. Recent commissions include a major  work, World without End, for the Rias Kammerchor and BBC Singers as well as a commission to celebrate the centenary of the RAF.   He was Artistic Director of Leeds Lieder + in April 2016 and he is currently ‘singer-in-residence’ for Music in the Round in Sheffield, presenting concerts and leading on dynamic and innovative learning and participation projects that introduce amateur singers, young and old, to performing classical song repertoire.  He was awarded an OBE for services to music in June 2017.

“It was nothing short of a privilege, certainly a huge pleasure, to join the Samling family and enjoy the opportunity of working intensely with some of the very best young singers and accompanists currently emerging. The idea of working in sustained depth for a week in a congenial, residential setting is unique and inspired and and I felt myself enriched by the shared experience of spending proper time with these wonderful and talented students.”