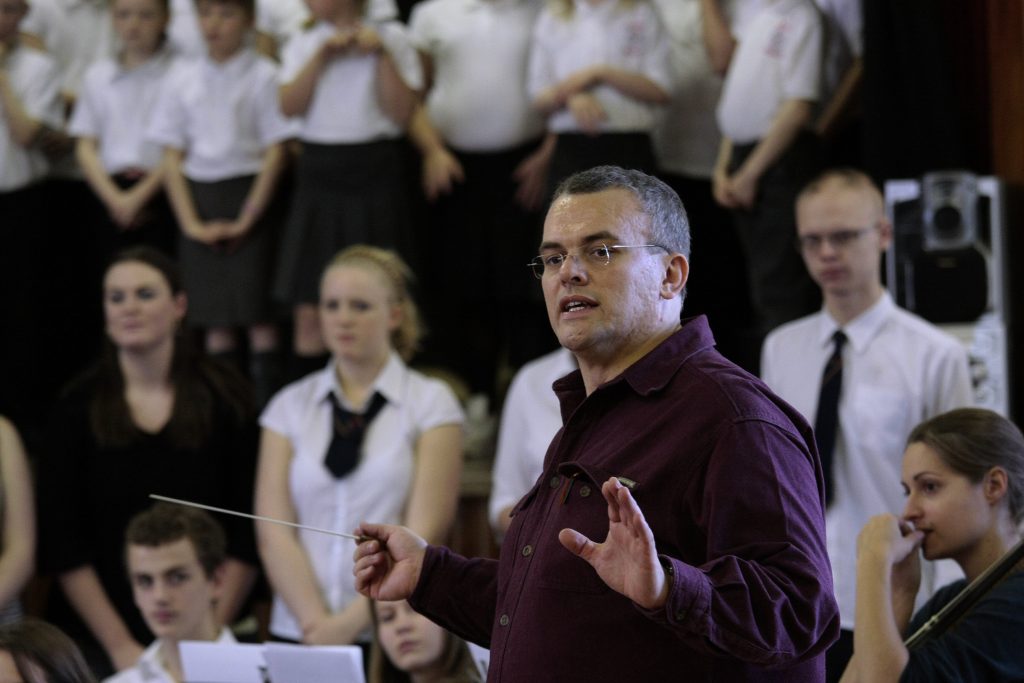 Simon Over studied at the Amsterdam Conservatoire, Royal Academy of Music and Oxford University.

From 1992 to 2002 Simon was a member of the music staff of Westminster Abbey, and Director of Music at both St  Margaret’s Church and the Chapel of St Mary Undercroft in the Palace of Westminster.  He is the Founder-Conductor of the Parliament Choir and has conducted all the choir’s performances in conjunction with the City of London Sinfonia, La Serenissima, The London Festival Orchestra and Southbank Sinfonia.

Simon has been Director of Southbank Sinfonia since its formation in 2002 and has conducted almost a hundred of its concerts throughout the UK and Europe in concert halls as diverse as St George’s, Windsor, St James’s Palace, The Royal Opera House, Covent Garden, Westminster Abbey, a beer tent in Bury St Edmunds and a converted cowshed in Aberdeenshire. In 2007, he conducted Southbank Sinfonia in their first commercial recording, with the cellist Raphael Wallfisch.

He is Artistic Director of the Anghiari Festival in Tuscany.