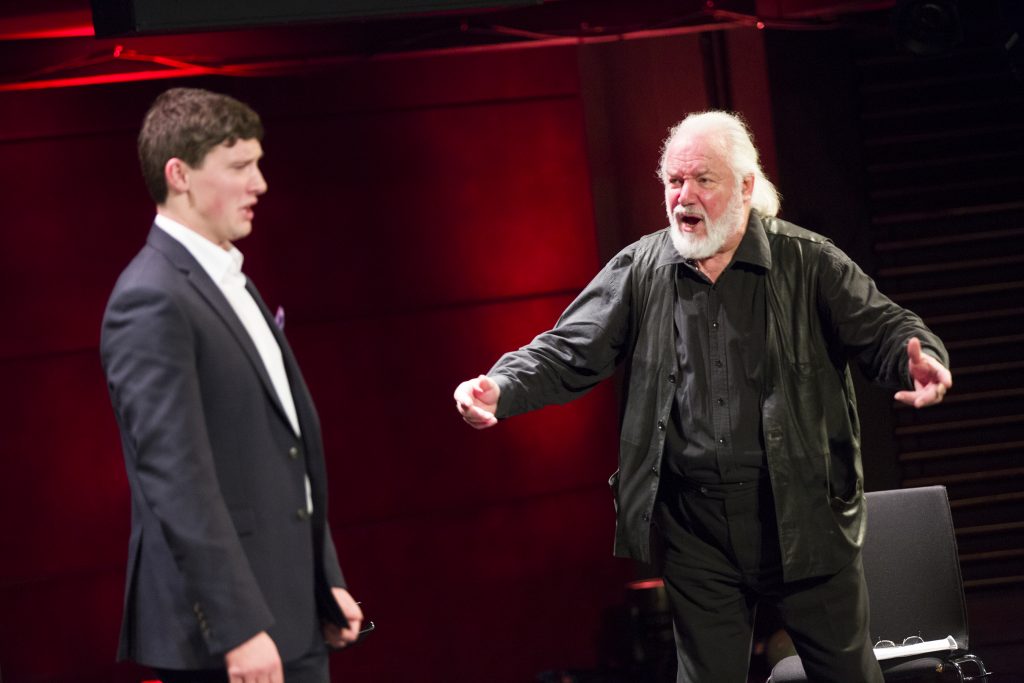 John Tomlinson was born in Accrington, read civil engineering at the University of Manchester and studied singing at the Royal Northern College of Music. He made his Bayreuth Festival debut in 1988 as Wotan (Der Ring des Nibelungen) under Daniel Barenboim and went on to sing there every summer from 1989 to 2006. He has sung for the world’s leading opera houses, including the Metropolitan Opera, Teatro alla Scala, Deutsche Oper and Staatsoper Berlin, Bayerische Staatsoper, Semperoper Dresden, Grand Théâtre de Genève, and Opéra national de Paris, as well as the Salzburg, Aix-en-Provence, Munich and Glyndebourne festivals. He has sung regularly at English National Opera since 1974 and the Royal Opera House since 1977.