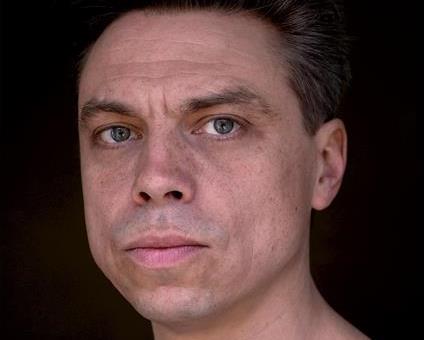 We’re delighted to be able to welcome James Garnon to the Samling family as a part of our very special 20th Anniversary Showcase at Wigmore Hall, on Tuesday 8 November.

James Garnon trained at RADA following a degree in English at the University of Edinburgh.

James can be seen regularly on stage at Shakespeare’s Globe, with 2015 marking his tenth consecutive year playing there. He has also worked regularly with the Royal Shakespeare Company and with The Factory, appearing in their ground-breaking production of Hamlet.

James recently finished in Rupert Goold’s production of Richard III at the Almeida Theater alongside Ralph Fiennes and Vanessa Redgrave, as well as performing in the title role in Pericles for Dominic Dromgoole and as Autolycus in The Winter’s Tale for Michael Longhurst at the Sam Wanamaker Playhouse at Shakespeare’s Globe.

This 20th Anniversary concert, performed by Samling’s Patron Sir Thomas Allen, Malcolm Martineau and a gathering of Samling Artists from over the years, takes Shakespeare’s ‘Seven Ages of Man’ as its theme and explores ‘this strange eventful history’ through song and readings from James Garnon.