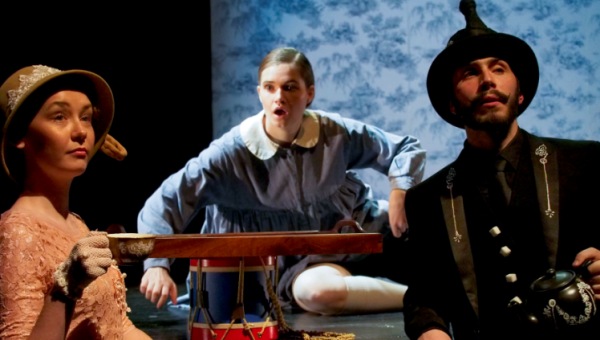 You see many strange things on the operatic stage, but dancing armchairs, a singing clock, a Wedgewood teapot, pictures from the wallpaper and a maelstrom of arithmetic, not to mention assorted insects, birds and animals have to be ranked among the odder cast lists out there. This is the magical world of Ravel’s one-act opera L’enfant et les sortilèges (“The child and the spells”), and brought to life in an bewitching production at Sage Gateshead by the young singers of Samling Academy.

The relatively new Samling Academy programme provides intensive tutoring and performance opportunities for singers aged 14-21 living or studying in the North East, and the organisation is able to call on the support of past and present members of its Samling Artist programme for emerging professionals – the production was directed by a former Samling Artist, Miranda Wright, and two current Samling Artists were among the performers: Ruth Jenkins-Róbertsson in the virtuosic dual roles of the Fire and the Nightingale; and pianists Jean-Paul Pruna and Ian Tindale in the quartet of instrumentalists.

The opera’s story is a gentle childish fable; a mixture of ‘Alice in Wonderland’ and ‘Where the Wild Things Are’. A naughty boy is sent to his room where he throws a tantrum, but all the things he has ever hurt or damaged come to life, and eventually he learns the consequences of his actions. It could be a tediously sickly Victorian morality tale, but not when the lightness and wit of both Collette’s libretto and Ravel’s music are there to spirit us into the surreal and enchanting world of a child’s imagination.

Read the rest of this review on Bachtrack’s website