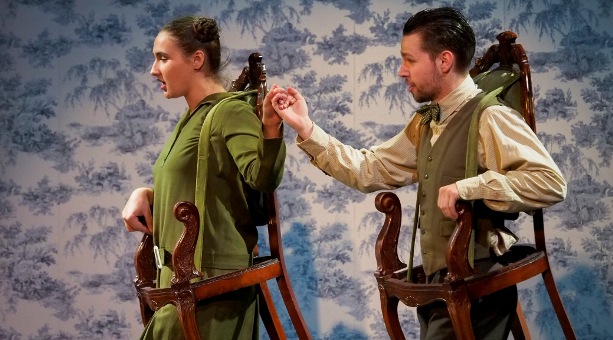 By Alfred Hickling, The Guardian

For nearly 20 years, a Samling scholarship has been a significant point of departure for young singers at the start of their professional careers. The Samling Academy is a more recent development – a form of operatic S Club Juniors whose intake is even younger, ranging from 14-21 years of age.

It’s a fine initiative, though it must be a nightmare finding something for them all to do, given that most operas feature a handful of highly taxing principal parts and a smattering of subsidiary roles. Ravel’s “lyric fantasy” could have been written with the Academy in mind, being a succinct, 45-minute parable about putting away childish things in which, as the composer himself noted, “the roles are numerous and the phantasmagoria constant”.

The libretto, by the romantic novelist Colette, develops an enchanted episode on the naughty step, in which a stroppy child is reprimanded by the fragments of broken furniture, books and toys he has destroyed. What the opera neglects to do is explain what put him in such a bad mood in the first place, so Miranda Wright’s production is prefaced with a silent, introductory improvisation in which the boy is banished from his mother’s jazz-age soirée.

Read the rest of this review on The Guardian’s website