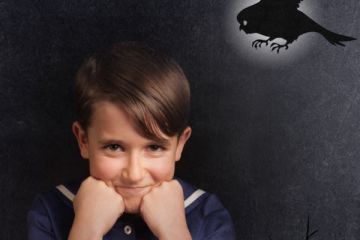 ‘Yeah, my weekend was great, thanks,’ I smiled. ‘I became a mother! Oh, and a French frog.’

Funnily enough, that is not the best way to introduce yourself to a new colleague. But, having spent my weekend immersed in the fantastical world of opera, it sounded fine. Normal, even.

Realising I had made a bit of a strange first impression, I started to explain myself. It went something like this…

I absolutely love singing. When I was at Durham University, I had the opportunity to sing with Samling Academy, an initiative which is developing the next generation of classical singers in the North East of England and provides unique training and performance opportunities. Excitingly, this Summer I am part of the Samling Academy Opera, Ravel’s L’enfant et les sortilèges, directed by Miranda Wright.

It tells the story of a naughty little boy who is told off by his mother and left to think about what he has done. Alone in his room, he wreaks havoc, damaging everything around him. But, suddenly, the objects in his room spring to life to chastise him. Even the pastoral scenes on the wallpaper jump into action. Out in the garden trees, insects and animals express their pain. As he comes face to face with the emotions of his victims, he is transformed. In a moving final scene, his heartless cruelty is replaced with compassion and kindness. One only wishes we could see the joy (and disbelief) of his maman the following morning!

This weekend we had our first rehearsal in Newcastle. Armed with sharpened pencils, water bottles, opera scores and remnants of GCSE French, we began. Saturday was mainly spent getting to grips with the fast and furious choruses – as a small cast, we will all be singing the chorus parts, which means lots of notes to learn! My favourite chorus scene takes place in the garden. French novelist Colette, the librettist, must have had a great time thinking up the different words he uses to create the buzzing atmosphere of nature’s orchestra at dusk – frogs croaking, dragonflies floating, insects whirring. The sweet sounds of wildlife, however, are not known for simple rhythms or catchy tunes. And this is where huge thanks are owed to Jean-Paul Pruna, our musical director. He has been incredibly patient in dealing with our Franglais and rhythm issues… as well as boasting some brilliant insect impressions!

The energy surging through much of Ravel’s score certainly deserves excellent staging. Enter, stage left: Dena Lague, choreographer. It was a privilege to have Dena help us to develop a greater awareness of our bodies by using movement to express our emotions. No wooden singers on our stage! Amazingly, by Sunday we had several chorus sections learnt off copy which meant we could start blocking some scenes. I found that movement really helped me connect with the thoughts of the different roles we were playing – after all, even operatic animals wouldn’t be static!

We said our au revoirs and hopped onto different trains, still murmuring our insect sounds and feeling more French than ever. Perhaps we should be called L’Académie de Samling…