A Lover and his Lass: Rehearsal Diaries 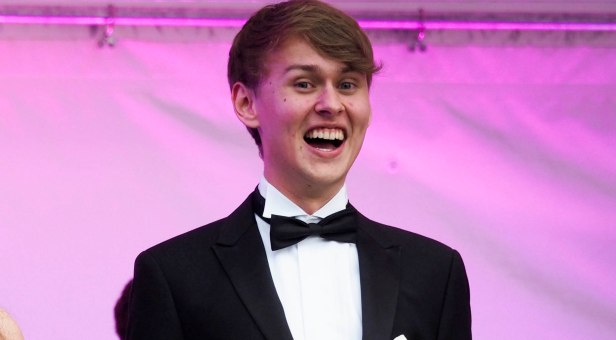 As I write this blog, our first performance of the Samling Academy summer concerts – A Lover and his Lass – is approximately a week away, a distance which is around the time when your thoughts shift from a performance seeming to be in the distant future, to it being tangible and suddenly not all that far away. Of course, preparations have been in full swing for a while now, with our first rehearsal taking place around four months ago, and with repertoire learnt and Shakespeare text rehearsed I can spend the next week in excited anticipation of what I know will be a fantastic concert.

I’ve been involved with Samling Academy since 2013 and with them I had some wonderful experiences, not least of which was last summer playing the part of a francophone cat in Ravel’s opera L’enfant et les sortilèges, singing a song entirely through the medium of meowing (a skill which is likely to be sadly neglected in a concert comprised of Shakespeare texts).

By this point seeing the Samling team and all the participants in the Academy is to be reunited with my singing family, and rehearsals have been a wonderful way to catch up with old friends and, through meeting the newer members of Samling Academy, make new ones also. I always make sure to arrive at rehearsals very early to ensure optimal chatting time, because as happy we all are to see each other, we are equally excited to start singing!

Rehearsals with Samling are an opportunity to experiment with your fellow singers and to find new ways of exposing the truth in a piece of music. The Samling approach is not to sing a song prettily but vacantly; it’s about being active, honest and intelligent with your interpretation. When I started Samling Academy as a teenager this was revelatory to me and if there is one thing that I hope has found its way into my performing then it would have to be this. Three years later I’m not sure I always achieve it, but I am always grateful to Samling for showing me that singing is about so much more than notes on a sheet on paper.

Our director Miranda Wright has a bountiful supply of tips and tricks to help you apply this approach to your singing, and it’s incredible to see the transformations in performances that take place during rehearsals. I am singing a song in the concert where I am attempting to woo a woman and we found a physical way to imbue the song with the necessary emotion by having me sing while chasing one of the other participants around the venue, while others held me back. If you come to see the concert I assure you that my performance will take a more traditional approach, but I will still be trying to convey that feeling of chasing my ‘mistress’, trying in futility to win her over.

All that’s left to do now is put everything together into a cohesive concert and I can’t wait to see the finished product start to take shape. Thanks again to Samling for giving me so many incredible opportunities – this one has been brilliant so far and it will only get more exciting from here.