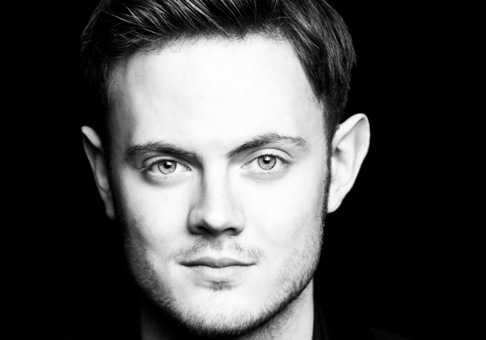 Today it’s tenor Nick Pritchard’s turn under the spotlight. Nick will be performing songs from Schubert’s Die schöne Müllerin, as well as several opera extracts in the Samling Showcase at Wigmore Hall next week.

You can find out more about Nick, a recent graduate of The Royal College of Music International Opera School, on his website.

In the recent RCMIOS production of ‘Albert Herring’, Nick Pritchard received glowing reviews, including:
“At the heart of the drama is Nick Pritchard’s Albert, a performance that plays the long game. Sweetly timid (aided by a splendid pink pinny) and vocally restrained throughout Act I, Pritchard displays tremendous control, holding plenty back for his drunken Act II release. His is a lovely English tenor with a core of muscularity that gives promise of a Clayton-esque future, and beautifully showcased here in Britten’s writing. Dramatically too this Albert is nicely judged…”

Don’t forgot – more information about all of our Samling Showcase Artists is available on the ‘News‘ section of our website.

There are still some tickets available for the Samling Showcase on 4th November from Wigmore Hall. Online:  www.wigmore-hall.org.uk or by calling: 020 7935 2141.