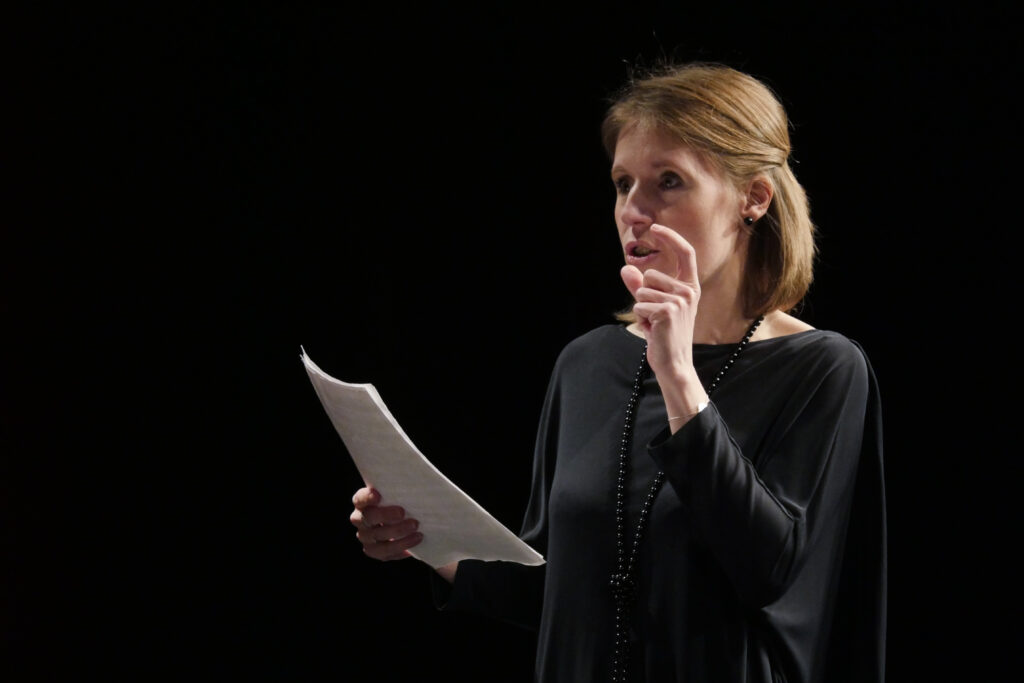 Anglo-French mezzo-soprano Anna Stéphany has been praised for her stagecraft and ‘a superb, glowing, impassioned’ voice. Anna was born in the North East of England and studied at the Guildhall School of Music & Drama, where she was a recipient of the Gold Medal, and the National Opera Studio.

Anna was a member of the ensemble at Opernhaus Zürich from 2012 – 15, where she made her debut as Cherubino in Mozart’s Le nozze di Figaro. Her close relationship with the house has continued with Sesto in La clemenza di Tito, a new production of Purcell’s King Arthur, and Charlotte in Werther.

One of her most coveted roles is Octavian in Strauss’s Der Rosenkavalier, which she sang at the Bolshoi Theatre, the Royal Swedish Opera, and made her house debut at the Royal Opera House in the role. Most recently, she has been heard at Opernhaus Zürich as Idamante Idomeneo, Octavian in Der Rosenkavalier and Hänsel Hänsel und Gretel, the Bayersiche Staatsoper as Dorabella Così fan tutte and in a return to the Glyndebourne Festival for her debut as Sesto in David McVicar’s acclaimed production of Giulio Cesare.

On the concert platform Anna has appeared with some of the world’s finest orchestras, and in 2018 made two appearances at the BBC Proms season, La damoiselle élue with the Hallé Orchestra and Sir Mark Elder, and L’enfant et les sortilèges with the London Symphony Orchestra and Sir Simon Rattle. Anna’s debut solo recording ‘Black is the Colour’ with the Labyrinth Ensemble was released in 2018 on Alpha Classics.

‘As a Samling graduate myself now fully immersed in the profession and having just returned from teaching at the Samling Academy, it is very clear to me what a phenomenal organisation Samling is. The guidance, the nurturing, the inspiration, the advice, the experience and exposure that Samling offers young singers is second to none – actors, conductors, teachers, pianists, singers, movement specialists, all working in the business, are invited to share their expertise with the young singers and this is what makes Samling so special, the whole experience is all so relevant and immediate.’