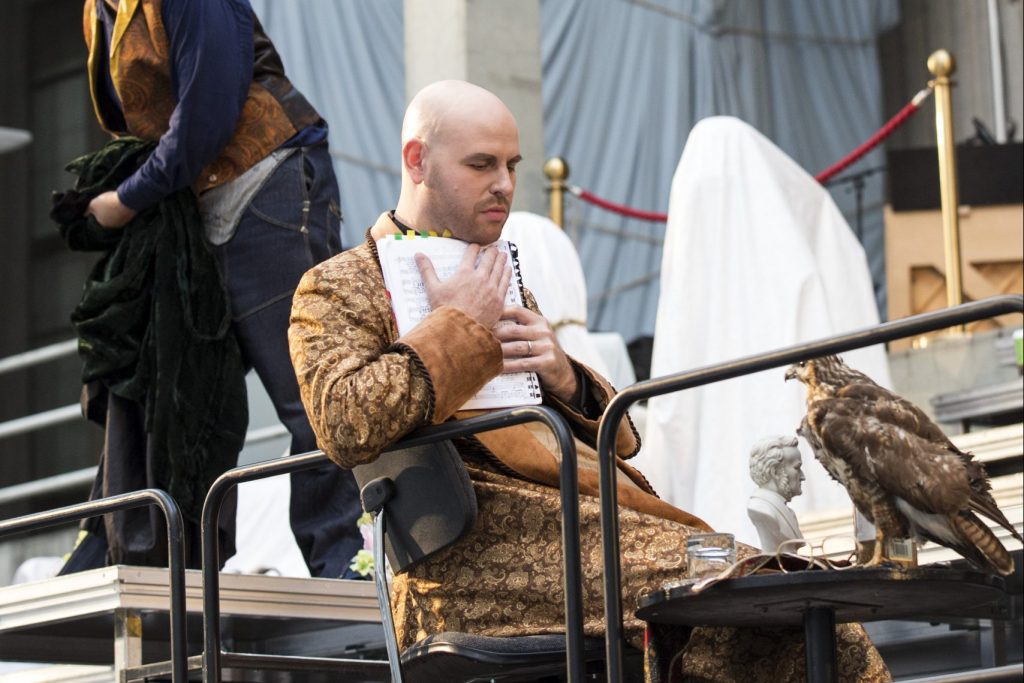 Beginning with a performance in a Berlin car park of Das Rheingold, opera companies across Europe have been finding innovative ways to bring live opera back safely.

Samling Artist Derek Welton sang in that ground-breaking performance and went on to appear in Salzburg International Festival’s Elektra, performed indoors, with a full orchestra and in front of an audience of one thousand people. He explains how these productions were managed and how he felt about being back on stage.

‘Both the Salzburg Elektra and the Berlin ‘Das Rheingold auf dem Parkdeck’ involved adaptations of productions planned long in advance. In June, I was to sing Wotan in Stefan Herheim’s new production of Das Rheingold at the Deutsche Oper Berlin but when we received the news in May that it would have to be postponed, I think everybody assumed that that was it. However, the management of the Deutsche Oper had a brilliant idea – to stage the opera in a section of the theatre’s parking garage. Acoustically it’s surprisingly good as it’s surrounded on four sides by buildings and has an acoustic ‘shell’ behind it. Obviously a full Rheingold orchestra of 109 members was not going to be possible, so we used the successful chamber adaptation by Jonathan Dove and Graham Vick, which uses an orchestra of just twenty-two players.

‘The production was devised in such a way that we would never come in contact with each other and that we would be at least three metres away from anybody who was singing. This was then approved by the Berlin authorities and, at very short notice, we got given the green light! Everybody was elated, of course. It was quite hard work – whilst the orchestra was reduced, they were also amplified and we were not. The piece was shortened by an hour but not that much of Wotan was cut, and the other cuts meant that there was less time to rest between the big moments, so after four performances in four evenings, I definitely felt that I could do with a rest. But it was so exciting to be part of the very first return to opera performance in the entire world – we felt like pioneers, and I think it encouraged other theatres to think outside the box as well.

‘Being away from the stage and rehearsal room for a long time reminds us all that being a performing artist is pointless without performances: as much as it was a bit of a luxury for me to have so long at home in Berlin, and so much uninterrupted time to do some intensive work on some of the big roles I have coming up, by the end I felt as though I’d done as much as I could and that I wouldn’t really get much further just singing alone in my practice room. For this reason, I think we were all very glad to be back on stage.

‘The situation in Salzburg was quite different from Berlin. In Berlin we had not been tested, so we had to stay away from each other, rehearsals were outdoors where possible and, when indoors, breaks had to be taken to air the rooms. In Salzburg, it was accepted that it would not be possible to maintain distance on stage or in the orchestra pit, so all of us on stage were considered one risk group, which meant that the piece could be staged as normal. In Elektra the chorus is meant to be offstage, so they formed a separate risk group, and didn’t come into contact with us. The opera also didn’t require any unusual cutting to allow for not having an interval, because it doesn’t have a break anyway. It was very much a full staging of Elektra – no compromises there!

‘Before starting rehearsals we had to test negative, we were tested regularly throughout the rehearsal and production period and we also had to maintain a daily register of people with whom we had come into close contact. The rehearsal process wasn’t much different from usual, other than the wearing of masks anywhere other than on the stage or rehearsal stage and frequent handwashing. The Festival pleaded with us all to avoid risky situations and close social contact as much as we possibly could and, even had they not done so, all of us felt the weight of responsibility on us to do our part to ensure that the Festival could go ahead. I had all sorts of plans to explore Salzburg’s attractions, but the end I only did things which didn’t involve being in close contact with other people – mostly hiking up mountains and long bike rides. But that’s nothing to complain about – the scenery here is breathtaking.

‘The audiences of course were reduced to allow for social-distancing, but surprisingly, it didn’t feel very different to me on stage. I find that when I’m performing in opera, rather than a concert, I don’t often look directly at the audience unless the production involves breaking the fourth wall. And I’ve done plenty of repertoire performances to houses that aren’t full but there is still an enthusiastic audience. Here, one really sensed the audience’s excitement—like a thousand people collectively holding their breath—and how much people appreciated being able to see live opera once more.’

‘It was so exciting to be part of the very first return to opera performance in the entire world – we felt like pioneers.’ 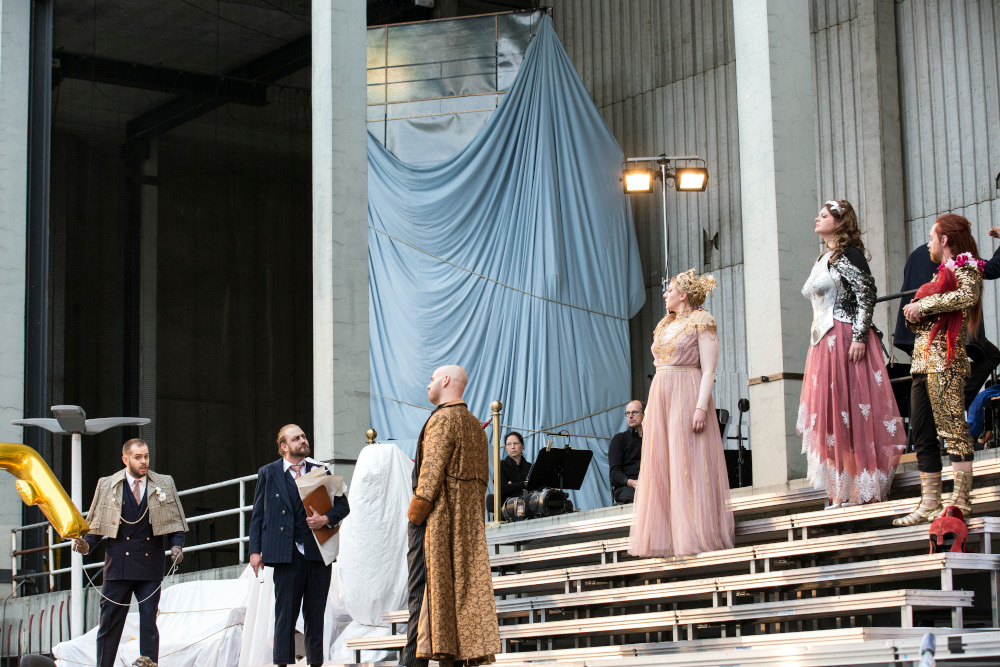 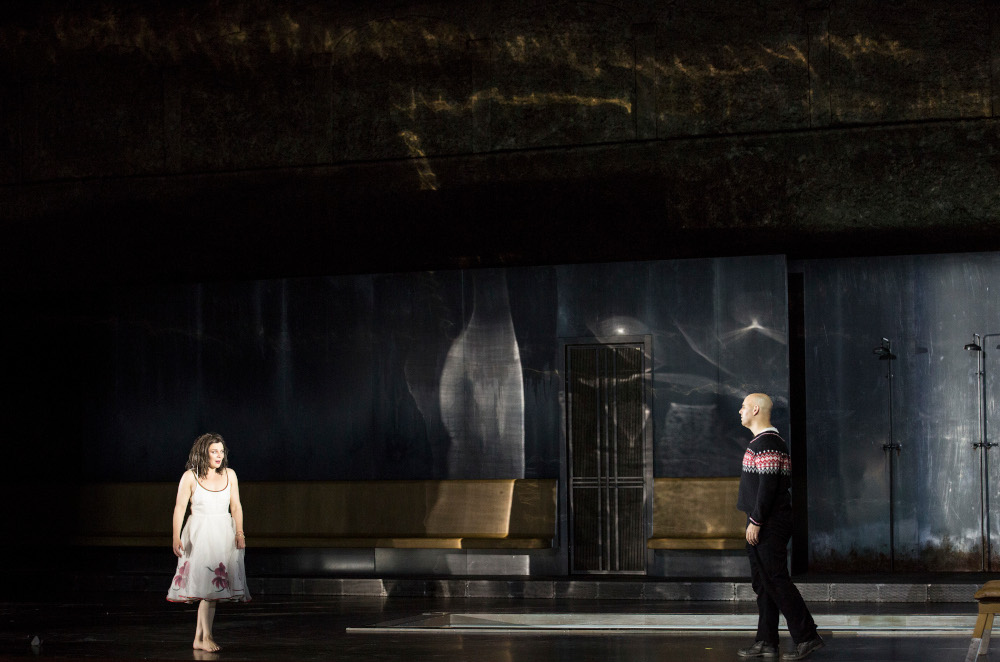