Soloists announced for Samling Gala Concert in the Garden 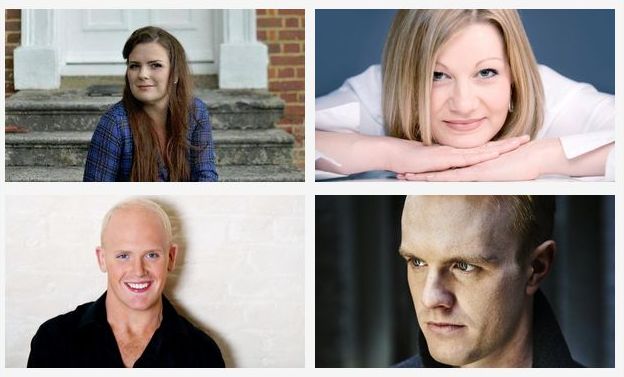 Samling is delighted to announce that Samling Artists Elin Pritchard, Helen Sherman, Nicky Spence and Morgan Pearse will perform at our Gala Concert in the Garden on Sunday 3 July at The Old Vicarage in Bywell, Northumberland – a magical evening of opera by the banks of the river Tyne.

These four outstanding artists are all enjoying highly impressive international careers on the opera and concert stage.

Soprano Elin Pritchard recently sang the title role in Lucia di Lammermoor at the Buxton Festival and mezzo-soprano
Helen Sherman has represented Australia at the BBC Cardiff Singer of the World competition.

Tenor Nicky Spence was nominated by the International Opera Awards for Young Singer of the Year 2015 and baritone Morgan Pearse sang the title role in English National Opera’s latest production of The Barber of Seville.

For Premium ticket holders the Concert is preceded by a sparkling reception with canapés (sponsored by UBS Wealth Management) followed by a marquee dinner courtesy of top caterers Bakerwood.

The Northern Chords Festival Orchestra under the baton of Whickham-born conductor Jonathan Bloxham provides the accompaniment in an evening concert of opera overtures, arias and ensembles to include music by Mozart, Rossini and Puccini.