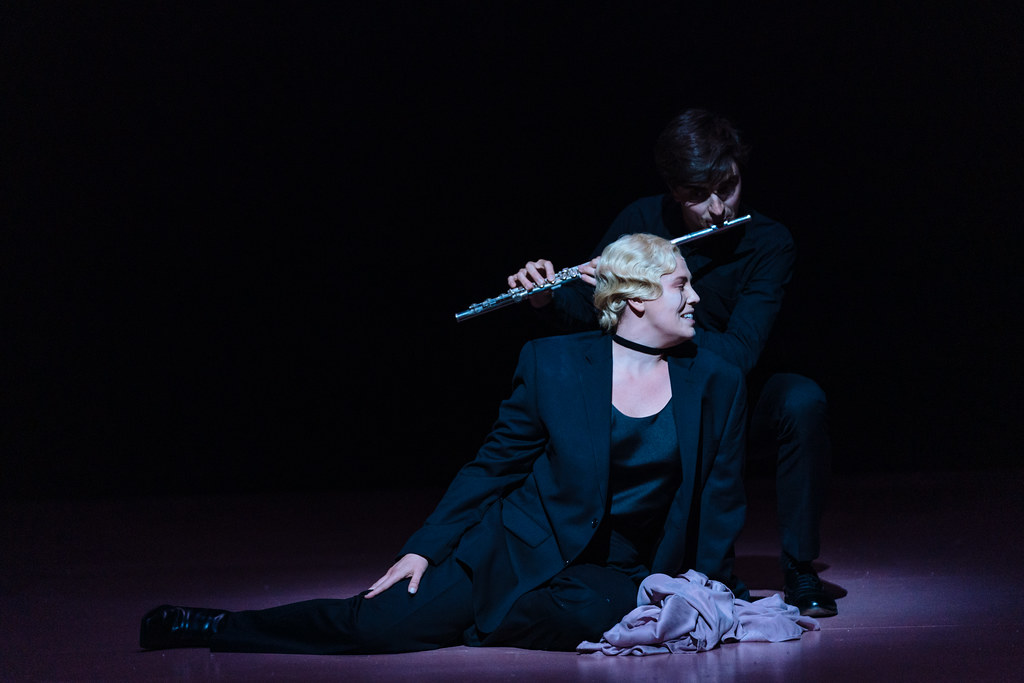 In what the Guardian described as a ‘sensational, career-making performance’, soprano Alexandra Lowe has been receiving outstanding reviews for her staged performance of Schoenberg’s supremely demanding solo work Pierrot Lunaire at the Royal Opera House. The Times wrote that she gave ‘a stunningly assured and superbly expressive performance’ whilst the Telegraph described it as ‘a powerful, no-holds-barred performance’.

Samling Artists feature in every concert in Shipston Song, a new song festival in the Cotswolds founded by pianist Ian Tindale. The inaugural festival runs from 23 to 25 September, and includes performances by Harriet Burns, Julien Van Mellaerts and Daniel Barrett, accompanied by Ian.

English National Opera have announced details of their 2022/23 season, with Samling Artist appearances including:

Haegee Lee makes her house and role debut as Queen Tye in Philip Glass’s Akhnaten. Haegee recently joined us for our inaugural Music at Marchmont concert for a recital with Nicky Spence and Malcolm Martineau, including Jonathan Dove’s Man, Woman, Child. The cast for Akhnaten also includes Benson Wilson as Horemhab.

Heather Lowe is Phoebe Meryll in Gilbert and Sullivan’s The Yeoman of the Guard
Jennifer France is Mary Hatch in the opera adaptation by Jake Heggie and Gene Scheer of the classic Christmas film It’s a Wonderful Life
Ginger Costa-Jackson takes the title role in Carmen, alongside Benson Wilson as Morales and Ellie Laugharne as Frasquita
Madeleine Shaw is Fricka in The Rhinegold as ENO continue their Ring Cycle
John-Colyn Gyeantey is Policeman 1 / Congregant 1 in the UK premiere of Blue by JeanineTesori

Glyndebourne have announced the first details for their 2023 festival, which include Louise Alder as Ann Trulove and Sam Carl as Nick Shadow in Stravinsky’s The Rake’s Progress, Nardus Williams as Adina in Donizetti’s L’elisir d’amore and Stuart Jackson is Jupiter in a staged production of Handel’s Semele with the Orchestra of the Age of Enlightenment.

At the Bayerische Staatsoper in Munich, Liam Bonthrone joins the Opernstudio and Louise Alder will make her role debut as Fiordiligi Così fan tutte

Pianist Gamal Khamis makes his recording debut on SOMM Recordings with two melodramas by Richard Strauss for spoken voice and piano — Tennyson’s Enoch Arden and, in a new English translation The Castle By The Sea (Das Schloss am Meere).

Samantha Clarke, Nicky Spence, Julien Van Mellaerts, Dominic Sedgwick and William Thomas all appear on a new recording of The Complete Songs of Samuel Barber, including some that have never previously been recorded:

Meanwhile Nicky Spence has another CD out: ‘Fair maid of the Mill’ continues a project by pianist Christopher Glynn to record Schubert’s cycles in English, with a new translation by Jeremy Sams.

Kieran Rayner won the Singer category of the first SingFinzi competition, an online competition run by Boosey and Hawkes to promote the music of Gerald Finzi.

Olivia Boen, Sarah Gilford and Liam Bonthrone have been selected for the 11th Internationale Meistersinger Akademie. They receive a month of coaching and performance, including opera gala concerts with the Nuremberg Symphony Orchestra, a song recital recorded by the Bavarian Radio/Studio Franken, a cabaret concert led by Craig Terry (Lyric Opera of Chicago) and the opportunity to audition for opera directors, agents and concert promoters.

Ema Nikolovska and Kunal Lahiry appeared in a televised recital by Radio 3 New Generation Artists on BBC Four with a programme including Cecile Chaminade La ronde d’amour and La lune paresseuse, Dvořák  Dobrú noc, má mila, and a selection of Debussy’s Ariettes oubliées. For viewers in the UK, the concert is available on the i-Player for a year.

As can be seen from this news round-up alone, Samling Artists can frequently be seen performing together. Two of our most recent Samling Artists, Dafydd Jones and Ilan Kurtser invite our supporters to join them at Ilan’s Advanced Diploma final recital performance at the Royal Academy of Music, where they’ll be performing Schubert’s Die schöne Müllerin. Tickets are free, and can be booked at the link below: 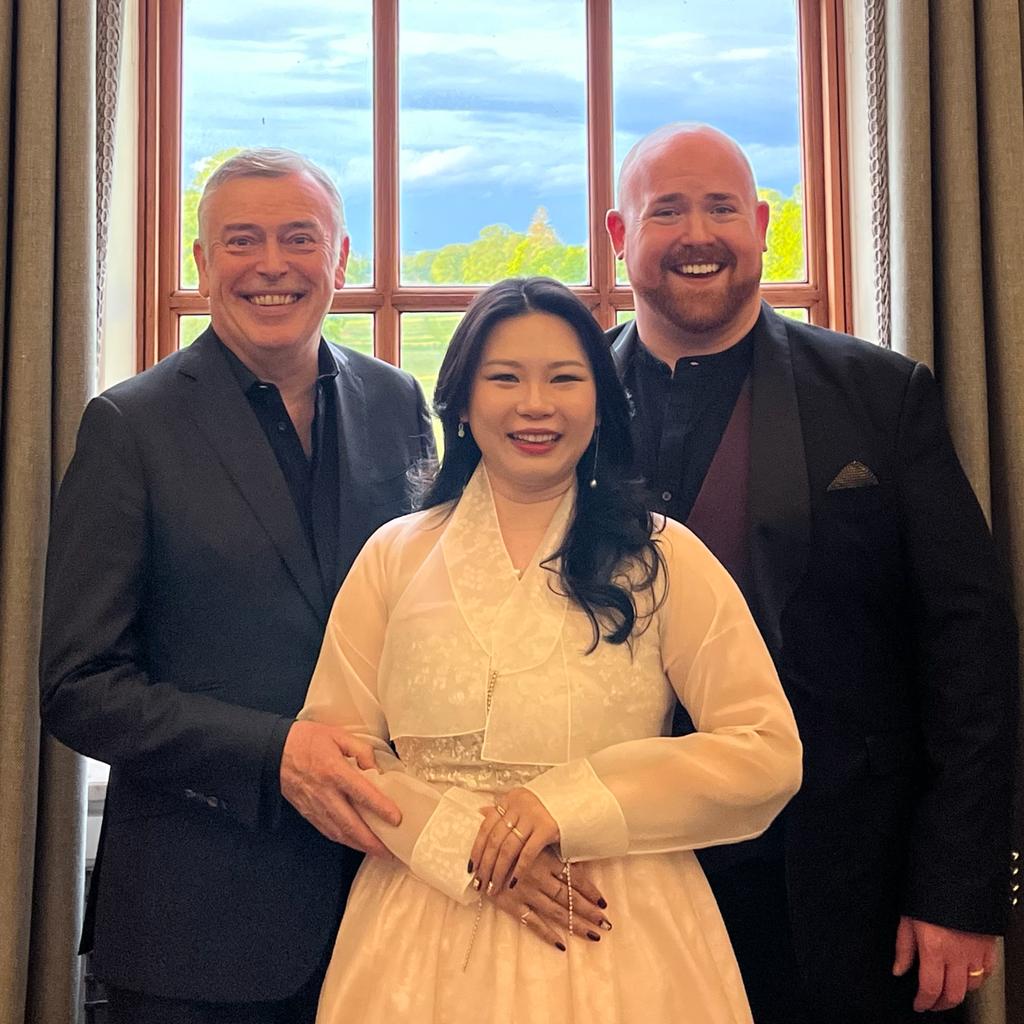 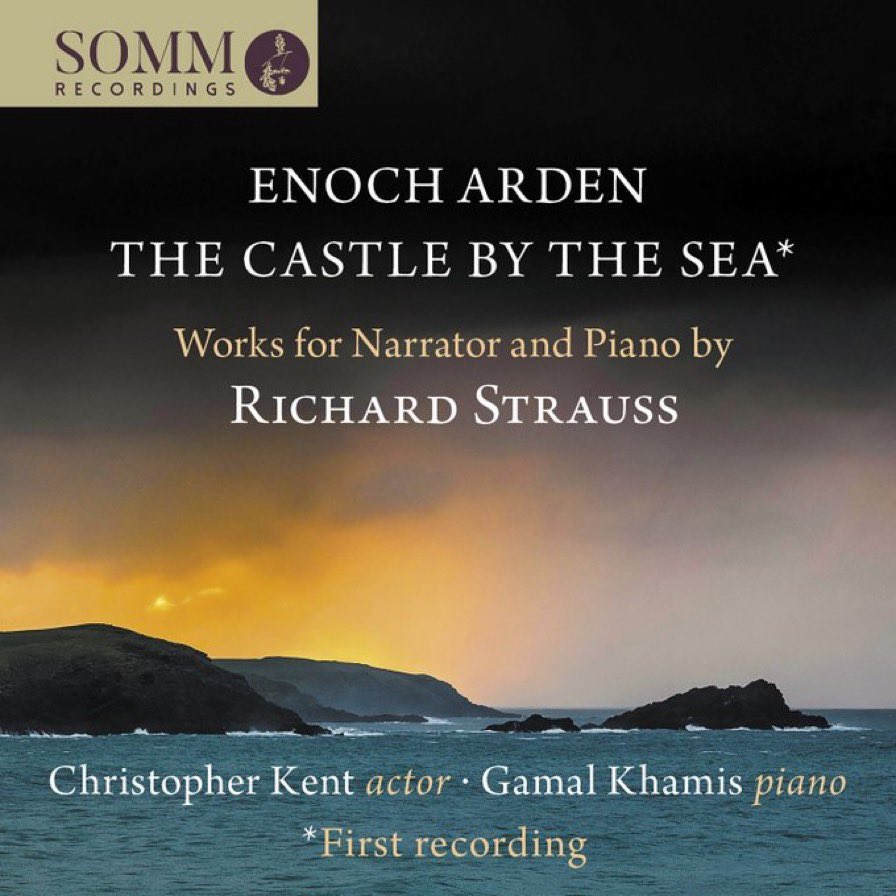 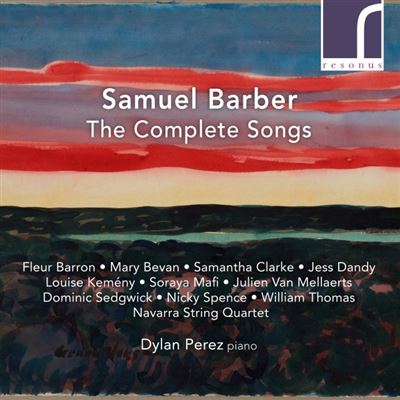